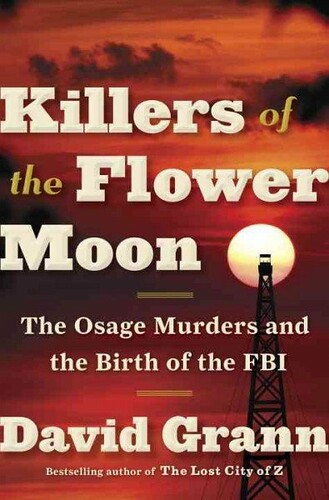 In his new book, Killers of the Flower Moon, David Grann describes how white people in the area conspired to kill Osage members in order steal their oil wealth, which could only be passed on through inheritance. "This was a culture of complicity," he says, "and it was allowed to go on for so long because so many people were part of the plot. You had lawmen, you had prosecutors, you had the reporters who wouldn't cover it, you had oilmen who wouldn't speak out, you had morticians who would cover up the murders when they buried the body, you had doctors who helped give poison to people."